Hello everyone! I’m covering all of the good book related adaptation news, as well as new book releases that happened in the month of August.

Ziggy, Stardust & Me by James Brandon 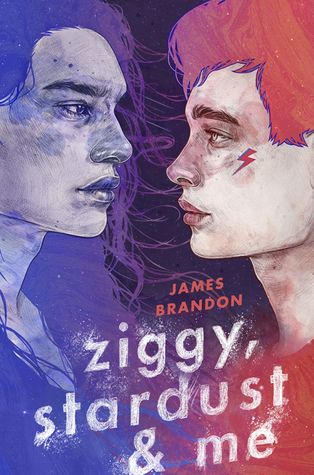 The year is 1973. The Watergate hearings are in full swing. The Vietnam War is still raging. And homosexuality is still officially considered a mental illness. In the midst of these trying times is sixteen-year-old Jonathan Collins, a bullied, anxious, asthmatic kid, who aside from an alcoholic father and his sympathetic neighbor and friend Starla, is completely alone. To cope, Jonathan escapes to the safe haven of his imagination, where his hero David Bowie’s Ziggy Stardust and dead relatives, including his mother, guide him through the rough terrain of his life. In his alternate reality, Jonathan can be anything: a superhero, an astronaut, Ziggy Stardust, himself, or completely “normal” and not a boy who likes other boys. When he completes his treatments, he will be normal—at least he hopes. But before that can happen, Web stumbles into his life. Web is everything Jonathan wishes he could be: fearless, fearsome and, most importantly, not ashamed of being gay.

Jonathan doesn’t want to like brooding Web, who has secrets all his own. Jonathan wants nothing more than to be “fixed” once and for all. But he’s drawn to Web anyway. Web is the first person in the real world to see Jonathan completely and think he’s perfect. Web is a kind of escape Jonathan has never known. For the first time in his life, he may finally feel free enough to love and accept himself as he is. Goodreads → 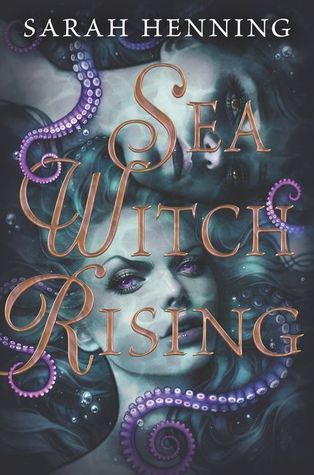 Sequel to villainess origin story Sea Witch, Runa will not let her twin sister die. Alia traded her voice to the Sea Witch for a shot at happiness with a prince who doesn’t love her. And his rejection will literally kill her—unless Runa intervenes.

Under the sea, Evie craves her own freedom—but liberation from her role as Sea Witch will require an exchange she may not be willing to make. With their hearts’ desires at odds, what will Runa and Evie be willing to sacrifice to save their worlds?

Told from alternating perspectives, this epic fairy tale retelling is a romantic and heart-wrenching story about the complications of sisterhood, the uncompromising nature of magic, and the cost of redemption. Goodreads → 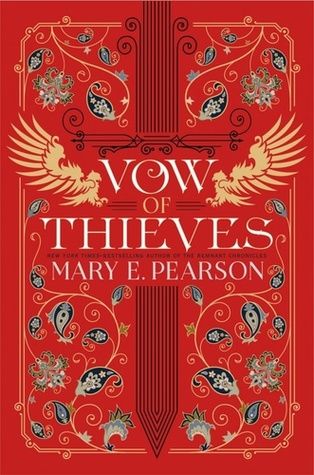 Kazi and Jase have survived, stronger and more in love than ever. Their new life now lies before them―the Ballengers will be outlaws no longer, Tor’s Watch will be a kingdom, and the two of them will meet all challenges side by side, together at last.

But an ominous warning mars their journey back, and in their rush to return to Tor’s Watch, just outside the fortress walls, they are violently attacked and torn apart―and each is thrust into their own new hell.

Unsure whether the other is alive or dead, Kazi and Jase must keep their wits among their greatest enemies and unlikeliest allies. And all the while, Death watches and waits. Goodreads →

Looking to participate in upcoming readathons? I’ve got you covered!

Readathon that is about reading a bunch of contemporary books. Round 5 starts September 23rd and is hosted by Chelsea (Chelseadollingreads), Julie (Pages and Pens), Natasha (myreadingisodd) and Melany (meltotheany).

Sage from Sage Shelves is hosting the first ever Princess-A-Thon from September 1st to September 30th, with challenges themed around different fictional princesses. This challenge has been so excellently put together, I highly recommend checking out Sage’s announcement for the readathon to see if you’d like to participate.

Louise from Foxes and Fairytales is hosting round 2 of their Norse Mythology inspired readathon, also running from September 1st to September 30th. Again, this readathon is so well put together. Check out their announcement post if you’d like to participate.

To All the Boys I’ve Loved Before Sequels

TATB2: Ps. I Still Love You is premiering February 12th 2020 on Netflix. Even though it’ll be 1.5 years since the first movie aired, I’m still happy we’re getting a sequel at all. I love that they’re taking their time with the movie. TATB3: Always and Forever, Lara Jean is currently filming.

A live-action TV series based on Ann M. Martin’s classic Young Adult series, The Baby-Sitters Club. Which is set to be released on Netflix.

‘After We Collided’ Casting News

The sequel to Anna Todd’s first novel After, has already begun filming. The official instagram page for After has posted so many casting announcements. The biggest two being Dylan Sprouse as Trevor, and Candice King as Kim. As well as recasting Hardin’s Father and Landon’s Mother.

…because of course Disney is going to capitalize on as money live actions as they can.

Another Stephen King novel is being adapted and this time it’s his 1999 novel The Girl Who Loved Tom Gordon, a psychological horror following 9-year-old Trisha McFarland, who gets lost on the Appalachian Trail during a family trip. The combination of dehydration, hunger, exhaustion, and her fear of the dark causes Trisha to hallucinate. She imagines speaking to her favorite baseball player Tom Gordon, and believes she’s being stalked by a supernatural beast called The God of the Lost.

Not for the first time, Little Women is being adapted into a feature length film, set to be release this December. Greta Gerwig of Lady Bird is the Writer/Director and it features so many well-known talents.

Based on John Green’s 2006 novel ‘Looking for Alaska’ will be an upcoming web television miniseries on Hulu, premiering in October.

Can You Keep a Secret?

Based on Sophie Kinsella’s first standalone novel ‘Can You Keep a Secret?’ published in 2003, the movie will premiere this September in the US.

13 Reasons Why villain, Bryce Walker, has been found dead. And I can’t say that I care too much? I mean Euphoria exists now, so I’m kind of over my 13RW phase and that show is infinitely more interesting. I’m really shocked they keep pumping seasons out of this show. But to those who enjoy it, happy binging this weekend!

Let me know in the comments if you had a favourite tidbit from this post. Personally I was most excited about the To All The Boys news, the first movie was so sweet and a perfect modern teen romance.

3 thoughts on “IN CASE YOU MISSED IT | AUGUST EDITION”