Lysandra
A book with a cover change you loved: 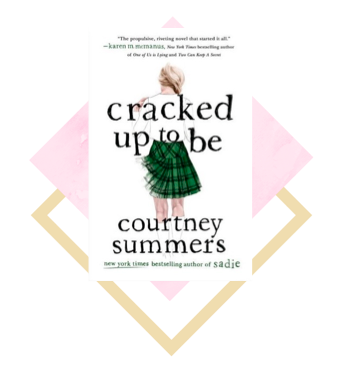 Cracked Up to Be by Courtney Summers was first published in 2008 and it’s recently received a cover change in the same style as their 2018 release Sadie.

Abraxos
A book that’s better on the inside than it looks on the outside: 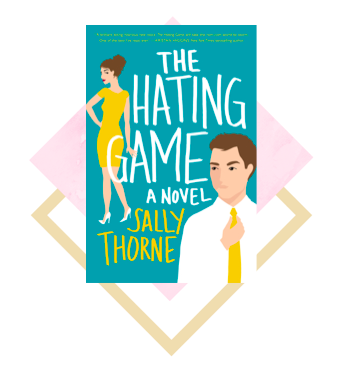 The Hating Game is my most recent read, that I read and adored because of Alex from Reading by Starlight! But honestly both variations that I’ve seen of The Hating Game covers aren’t very appealing to me.

Erilea
A series with great world-building: 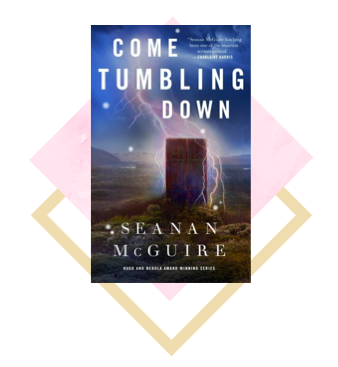 Come Tumbling is my favourite instalment in the Wayward Children’s series, and praised it for its excellent world building. This series is a portal fantasy series and in most of the books there’s a new adventure to a different world. Which is definitely half of the fun for me when I read these books.

Rifthold
A book that combines genres: 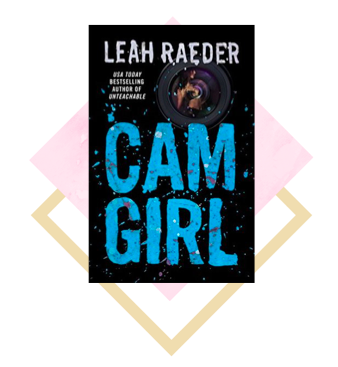 Cam Girl is an old favourite of mine that introduced me to the world of new adult books. Vada is a promising art student whose dreams are cut short after an accident, so when she meets some smooth-talking entrepreneurs who offer to set her up as a cam girl, she can’t say no. The author now goes by Elliot Wake, and I feel a lot of their new adult/romance books had a dark mystery element to them that always keeps me on the edge of my seat. But Cam Girl was my personal favourite by this author.

Damaris
A book based on/inspired by a myth/legend: 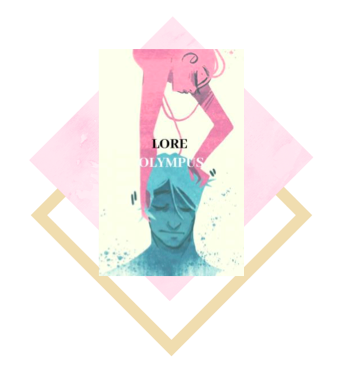 Hades and Persephone retellings are probably the myth that I read the most, usually because I know I’m going to get a good romance out of it. I do love the sweet girl and scary (but not actually evil) guy dynamic. I think my favourite retelling so far is the online web series Lore Olympus! The graphics/drawings are so amazingly good. 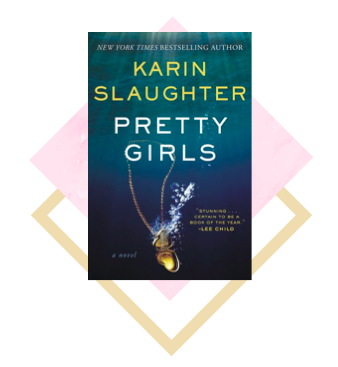 Pretty Girls is the latest thriller that I’ve read and absolutely loved. I haven’t read a thriller in what feels like forever, but this really ignited a wanting within me to read more of this genre. It’s surprisingly graphic and one of the more disturbing books I’ve read. Whilst I didn’t especially like them and had trouble reading some passages, I never felt that they were excessive. I enjoyed both sisters POV, but I especially loved Claire’s point of view because really she’s like a grown Hanna from Pretty Little Liars.

Assassin’s Keep
A book with an unreliable narrator: 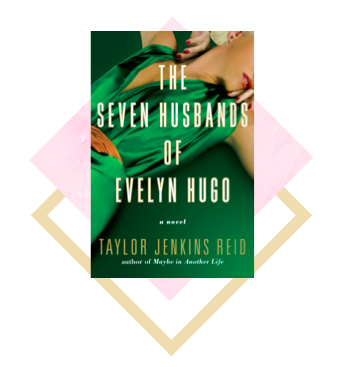 This question was the hardest for me to answer and I even did a little research into what makes an unreliable narrator. Ultimately I picked my Slytherin queen Evelyn Hugo, who although I loved for her incredible bravery and ambition, is also quite complicated and makes questionable decisions (even if its for those she loves.) Her story as it was unravelled to me, was really unpredictable, which in part is because of the narrative choices and how Evelyn tells her story. 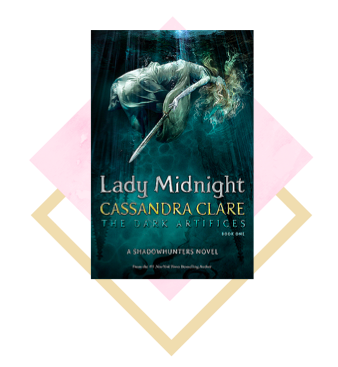 There are so many great YA novels today that feature great found families and squads in general. But I have to say the recent one that I’ve loved is Cassandra Clare’s Lady Midnight series, her best written series to date in my opinion, features my favourite group of characters. I just adore the familial relationships in this series between the Blackthorn children, Emma and Christina. 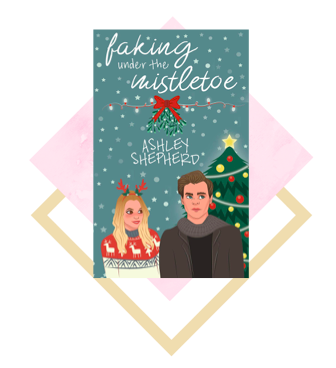 Faking Under the Mistletoe is one of my favourite romances of all time. It’s a romance between Olivia, a perky intern at a PR company and her grumpy boss Asher. Which is honestly one of my most favourite dynamics in romance. It was a perfect fake dating romance, with the perfect grinchy guy. I read this book in a few hours because I literally could not put it down.

Aelin Ashryver Galathynius
A book with the power to destroy you: 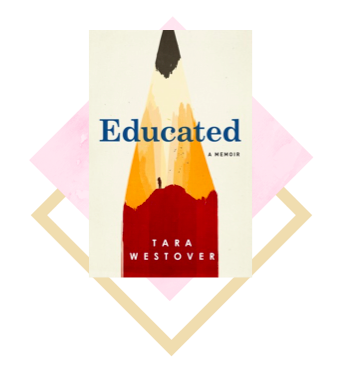 Personally this was another hard question to answer, because I think the statement is a biiit dramatic. (Or I’ve just yet to come across a book that has literally destroyed me.) So for me I interpreted this question as a book that’s made me cry. The latest book to do so was a memoir by Tara Westover, who grew up in a survivalist mormon family that were relatively isolated from regular society. I really loved Tara’s story, and her story of self education and her wild family stories were extraordinary as well as fascinating to me.

Manon Blackbeak
A book that intimidated you: 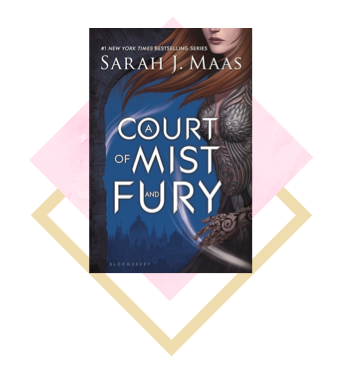 Books only intimidate me if they’re long and over 500 pages. The last book I read that was really long was A Court of Mist and Fury, which I ended up (pretty much) lovingall 600 something pages of this book.

Rowan Whitethorn
A book that makes you swoon: 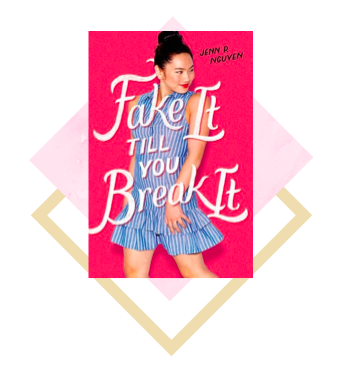 As of late, I haven’t been picking up a lot of contemporary or romance books from the Young Adult genre (unless they’re fantasy books.) But I really loved this fake dating romance from Jenn P. Nguyen. It’s a cute, summer read between two teenagers who decided to fake date because they’re fed up with their mothers trying to force them together. Of course they realise that they don’t ‘hate’ each other as much as they thought they did. I think what I loved about this was the easy chemistry Jake and Mia have, and how into the fake dating they get, like they were literally not opposed to being intimate to prove it to their mothers.

Chaol Westfall
A book that challenged you to see things differently: 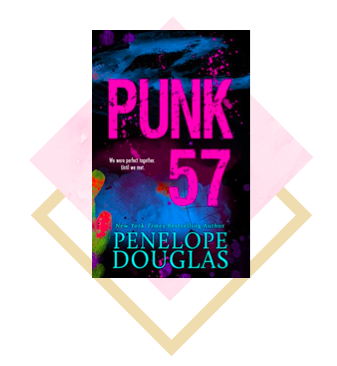 I can’t say that I go outside my comfort zone often whilst reading or read books with hard hitting subject matters. So this is more about my expanding taste in different genres, and it’s because after enjoying Punk 57, it made me feel more comfortable with picking up other dark romance books. My overview of the genre was very much ‘why would anyone want to read that?!’ but now I get it because I’m a w(ho)lesome gal who doesn’t mind reading about the occasional alpha male.

Fleetfoot
A book that you received as a gift: 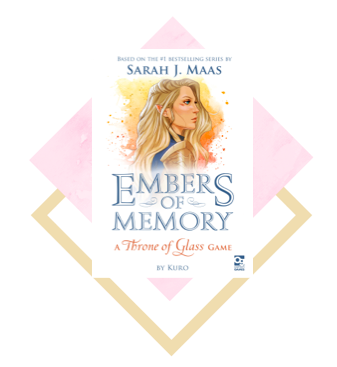 I usually use my library to read books, but I did receive the Throne of Glass memory game as a gift!

Eye of Elena
A book you found right when you needed it: 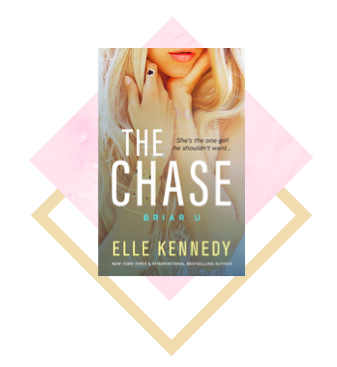 I’ve credited The Chase by Elle Kennedy as the book that rekindled my love for the romance genre, after I read it late 2019.  It sparked my binge of reading more romance books… a lot of which ended up being on my favourites of 2019. Summer is one of my favourite romance leading ladies because she’s bubbly, sweet and most importantly not anti-women which is still an issue in new adult books.

+ BONUS QUESTION! (Because I feel that Dorian being excluded in the original tag was a crime...)

Dorian
A book that is secretly magical:

Honestly I’m sticking with this book again because I think Ashley Shepherd is a gem and her writing is truly brilliant. This fake dating romance has only been published for a few months and it’s underrated-ness warrants me talking about it again! It’s cute, with hilarious banter, witty dialogue, and a bit of steaminess too. But it also deals with sexual assault in a very meaningful way and is handled brilliantly.

I’m tagging Alex, Jamie & Bex! + Anyone else who wants to do this tag you are tagged by me 😊

Here’s a list of questions if you decide to participate:

Have you read any of the books I’ve mentioned? Or do these books sound like anything you’d like to read?

6 thoughts on “THE THRONE OF GLASS BOOK TAG”