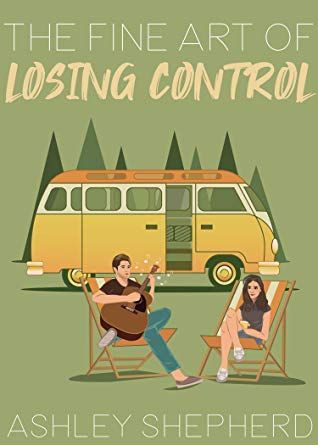 Willa Loveridge is painstakingly scrupulous, without a rebellious bone in her body. It’s a little long-winded and irrational, but she’s found herself in New Zealand to search for her estranged Father that she’s never met. And she’s kind of an angry mess. When Willa crosses paths with social media vlogger Daphne on her way to Queenstown, she falls in step with the whimsy megastar hoping it might help lead Willa to her estranged father. Even if it means following a person she doesn’t know, and getting in a van with strangers to venture across the country.

Based on the reviews I’ve read on Goodreads, Willa doesn’t have a lot of cheerleaders. This romcom has very mixed reviews and as much as I hate to say it, I can understand why. Willa’s attitude isn’t easily palatable. She’s a moody protagonist, with nineteen years of abandonment issues and an ex-boyfriend who deserves a kick in the balls. Although Willa’s characterisation didn’t bother me in the slightest, I actually enjoyed it. Her character is what I imagine the opposite end of the ‘cool girl’ spectrum might look, with her ‘the glass is half empty‘ attitude.

“I’m never gonna be chill. Okay? This is me! Crazy and irrational me! Love me or leave me! This is how I am!”
“At least you’re finally admitting that you’re out of your fucking mind.”

Also, I kind of trust Ashley Shepherd a lot with regards to payoffs. I think she’s great at tactfully choosing when information is revealed about her characters, and it keeps me intrigued throughout the story. So far, I’ve enjoyed all the payoffs in her work. Payoffs aside, her contemporary romances work for me because I think she’s a master at playful bickering. And this book is just… overrun with it. I was in heaven basically.

Although, I would’ve liked some more dialogue between Willa and her weird little group of misfits, that wasn’t always playful bickering. I think perhaps that all the bickering has really shrouded more earnest moments and conversations between these characters because I personally didn’t remember any of those moments, aside from the climax. For the most part, I enjoyed the characterisation of the side characters. Perhaps I need more of a balance of dialogue though.

But, I especially liked the characterisation where the cute Scottish guitarist, Ollie is concerned. Ollie tries to find the positive thing in everyone, isn’t judgemental and always sticks up for his friends. Honestly this type of love interest is a fresh breath of air for me. I’m used to reading books with enemies to lovers or hate to love romances. I just enjoyed that Ollie is a straight-shooter. He’s charismatic and charming, yet doesn’t play games and his intentions were clear. He was wholesome and the perfect love interest for Willa because of how their moods balance each other.

Its hard to recommend this book because it has so many mixed reviews, I really suggest having a look at a few reviews to get a feel of what might or mightn’t work for you. I would highly recommend it to reads who enjoy coming of age stories, with playful bickering, a group of misfits and don’t mind a lost (and slightly angry) main character who grumps around for quite a bit of this book!

What type of books are you gravitating towards during this time? Is there a certain genre you find comforting?