Hello bookworms! How are you? Today I’m doing a twist on a the Summer Bucket List Book Tag that Siobhan from Siobhan’s Novelties tagged me in late last year. The original tag is meant to highlight the summer season by coupling books you’ve read with tasks that are usually on a summer bucket list. ☀️

But Summer has well and truly passed in Australia and the only season I feel is Quarantine. All the questions have pretty much remained the same except for the phrasing… because instead of selecting books I’ve read, I’ll be selecting books I want to read during Quarantine that might make me reminiscent of Summer tasks I otherwise could be doing!

Into the Drowning Deep is one of my favourite books of all time. This is a slow burn horror story about an expedition that sets its sight on the deepest part of the ocean: the Mariana Trench. Their goal? To find the mermaids, bring them home to study and dissect, and find out what makes them the apex predators of our oceans. Of course, this voyage doesn’t go as planned. Despite knowing the ending, I still can’t wait to reread this book.

“The trouble with discovery is that it goes two ways. For you to find something, that thing must also find you.”

Lennix’s Native American heritage means so much to her. When at a pipeline protest, she meets Maxim, a businessman born to a rich father who she instantly connects with because of their shared ambition to make the world a better place. But Lennix is 17 when she meets Maxim in his early 20s, and so the timing isn’t quite right for them. But they have a second chance later in life and Maxim will do anything to keep her, even though she tries to hate him, their inexorable pull to one another can’t keep them apart.

The Loneliest Girl in the Universe follows Romy, the only surviving crew-member of a spaceship travelling to a new planet. When she hears about a new ship that’s launched from Earth with a single passenger on board, they begin to communicate long distance via emails. Every review I’ve seen of this has been so positive. I can’t wait to read this, especially because it’s a standalone science fiction book.

Crescent City is another book I’ve seen glowing reviews about since it’s release. I can’t lie, I love this authors work the best when she’s writing more adult fantasy. So I’m really hoping this is up my alley!

“That’s the point of it, Bryce. Of life. To live, to love, knowing that it might all vanish tomorrow. It makes everything that much more precious.”

I’m BEYOND excited for this Hunger Games prequel coming out in May. I’m not sure about this book being from the perspective of a younger President Snow, because everyone was theorizing it might be about Mags and so I got excited about that. But I’m staying open minded because Suzanne Collins is a master at Dystopian, so in Suzanne I trust.

Elle Kennedy recently announced she’s adding another book to her Briar U college romance series. Whilst I love this series so much, I’m kind of hesitant because the blurb says the character wants to ‘get over their ugly duckling complex’ at college. But surely this character will be standardly pretty like every other NA character? I’m hoping Elle does something different and surprises me though. 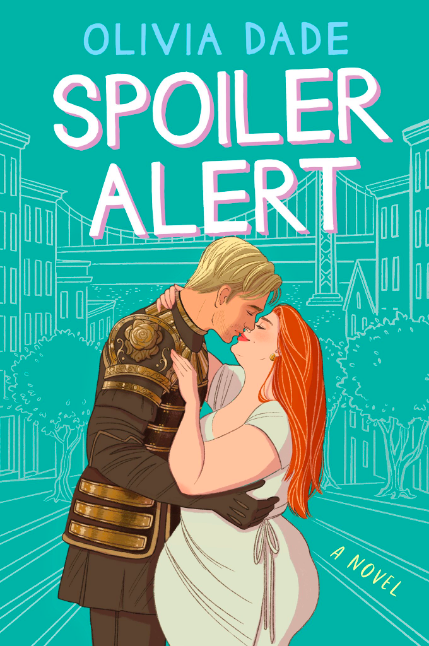 This cover is literally my favourite thing on the entire planet. This book is a romcom set in the world of fanfiction in which a devoted fan goes on an unexpected date with her celebrity crush, who’s secretly posting fanfiction of his own. All you need for me to read your book is put a plus size girl on the cover and I’ll read it. I seriously can’t wait until October to read this book.

I really don’t know how to describe this book concisely, other than it’s a sapphic retelling of Twelfth Night and every review I’ve seen of it says it’s a really hard hitting contemporary. So I’m positive that this fits the prompt of the overcoming an obstacle.

“If I could find our wreck, maybe I could start to put us back together again. I’d find the wreck, and I’d make us whole.”

This enemies to lovers romance follows Lumi, whose business venture to deliver Dominican cuisine to Upper Manhattan fails. She’s forced to take a position as a sous chef at a traditional French restaurant owned by Julien Dax, a celebrated chef known for his acid tongue as well as his brilliant smile. This is a cooking romcom for fans of The Hating Game. So you know, I’m immediately hooked. 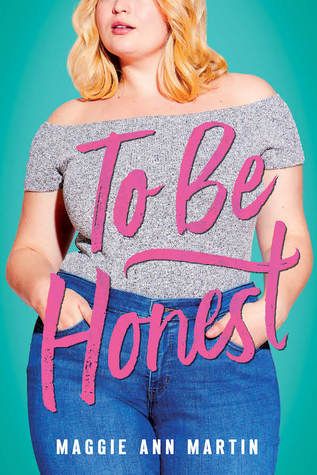 I don’t often read books in the hopes that they’ll inspire me, but if I had to pick a book it might be To Be Honest. This book follows Savannah, who is dreading being home alone with her overbearing mother after her sister goes off to college. Her mum is a diet-helicoptering parent, but this book is meant to have amazing and healthy fat rep, as well as a cute romance with new kid at school who has insecurities of his own.

Thank you again to Siobhan who tagged me, it’s definitely kept me busy having posts to write whilst in Quarantine. 😂 Also don’t forget to visit Read by Tiffany, the original creator of the tag. She created the cutest graphics for the tag and it definitely inspired me here!

Do you have your own TBR for self-isolation? Or do you just like to go with the flow? If you’d like to do this tag, then consider yourself tagged by me! 😊