Hello lovely people! I’m hoping to finish off the year with a bang by reading some amazing books. I’ve had a great reading year and have a ton of new favourites to share when I get to my yearly wrap up. But to keep myself in line, I’m doing The End of The Year Book Tag because I think it’s a great way to start December!

END_OF_DOCUMENT_TOKEN_TO_BE_REPLACED 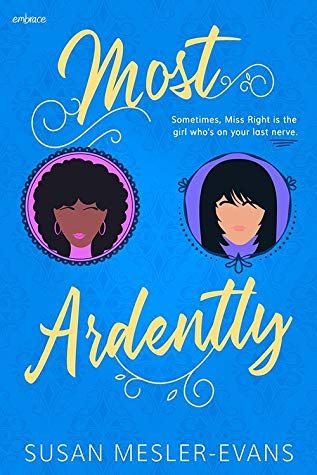 “She’s annoying, but she’s really hot. Why are the cute ones always the ones who make you want to rip your hair out?”

Spoiler Free Review
Title: Most Ardently
Author: Susan Mesler-Evans
Series or Standalone: Standalone
Genre: Romance, Contemporary and LGBT
Publication Date: October 21st 2019
Publisher: Entangled: Embrace
Format: e-Arc
Source: Netgalley
Goodreads
Elisa Benitez is proud of who she is, from her bitingly sarcastic remarks, to her love of both pretty boys and pretty girls. If someone doesn’t like her, that’s their problem, and Elisa couldn’t care less. Particularly if that person is Darcy Fitzgerald, a snobby, socially awkward heiress with an attitude problem and more money than she knows what to do with.

From the moment they meet, Elisa and Darcy are at each other’s throats — which is a bit unfortunate, since Darcy’s best friend is dating Elisa’s sister. It quickly becomes clear that fate intends to throw the two of them together, whether they like it or not. As hers and Darcy’s lives become more and more entwined, Elisa’s once-dull world quickly spirals into chaos in this story of pride, prejudice, and finding love with the people you least expect.

END_OF_DOCUMENT_TOKEN_TO_BE_REPLACED 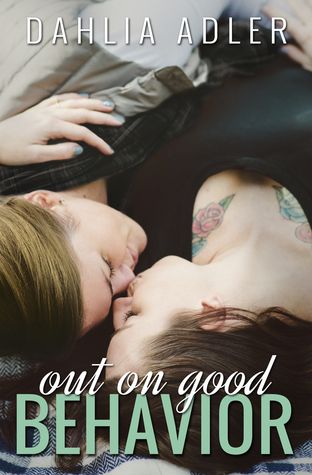 Frankie knows she can get anyone she sets her sights on, but just because she can doesn’t mean she should—not when the person she’s eyeing is Samara, the daughter of a southern Republican politician. No matter how badly Frankie wants to test her powers of persuasion, even she recognizes some lines aren’t meant to be crossed. But when Frankie learns she’s been on Samara’s mind too, the idea of hooking up with her grows too strong to resist. Only Sam’s not looking for a hookup; she wants—needs—the real thing, and she’s afraid she’ll never find it as long as Frankie’s in her head.

​Forced to choose between her first relationship and losing the girl who’s been clawing her way under her skin, Frankie opts to try monogamy…under her own condition: 30 days of keeping things on the down low and remaining abstinent. If she fails as hard at girlfriending as she’s afraid she might, she doesn’t want to throw Samara’s life into upheaval for nothing. But when neither the month nor Frankie’s heart go according to plan, she may be the one stuck fighting for the happily ever after she never knew she wanted.

END_OF_DOCUMENT_TOKEN_TO_BE_REPLACED

It’s winter here in Australia… and that usually means I’m in the mood for reading books that feature some kind of romance. I can say for most of June, this has been so true. I’ve been ploughing my way through all kinds of romance books and participating in romance readathons.

Despite reading obligations and TBRs… here are some of recent romance additions to my TBR that happen to feature central F/F relationships that I am so excited to get too!